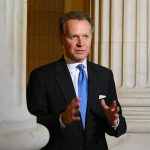 Founder and Chairman of the Fallen Journalists Memorial Foundation

Hon. David Dreier is the Founder and Chairman of the Fallen Journalists Memorial Foundation. He is a past Chairman of the Tribune Publishing Company. He is currently the Chairman of the Annenberg-Dreier Commission, which has focused on encouraging the free flow of goods, services, capital, information, ideas and people throughout the Greater Pacific. Dreier served as a member of the United States Congress, representing Los Angeles from 1980 until 2013. A passionate proponent of first amendment rights, he has championed a vigorous and free press. Dreier was the first Californian and one of the youngest and longest serving chairmen of the powerful Rules Committee, structuring the debate for virtually every piece of legislation considered in Congress.

A member of the Council on Foreign Relations, he was the founding chairman of the House Democracy Partnership, a congressional commission that has worked to strengthen legislative bodies in twenty-one new and reemerging democracies across the globe. Additionally, he launched the bipartisan Congressional Trade Working Group that has built support for free trade agreements for more than thirty years.

Dreier is a Distinguished Fellow at the Brookings Institution and a trustee of both the California Institute of Technology and his alma mater, Claremont McKenna College, which has established the Dreier Roundtable to encourage young people into public service. He has served on the immigration reform and retirement savings commissions at the Bipartisan Policy Center. In addition to being an honors graduate of Claremont McKenna College, he holds a Master’s degree from Claremont Graduate University. 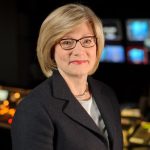 Barbara Cochran is the President of the Fallen Journalists Memorial Foundation. She is professor emerita at the Missouri School of Journalism, having held the Curtis B. Hurley Chair in Public Affairs Journalism and directed the school’s Washington program.

Before joining the faculty, Cochran held top positions in print and broadcast journalism and in the nonprofit world. Cochran served as managing editor of the Washington Star, vice president for news for National Public Radio, executive producer of NBC’s Meet the Press and vice president and Washington bureau chief for CBS News. She supervised coverage of stories from Watergate to the Persian Gulf War and played a leading role in the coverage of every election and political convention for 24 years. At NPR, she directed the creation of Morning Edition, the program that cemented NPR’s position as an essential national news provider. During her tenure, NPR won two DuPont-Columbia Awards. She served for 12 years as President of the Radio Television Digital News Association, the world’s largest organization serving the electronic news profession.

Cochran has been recognized with a number of awards, including The Media Institute’s Freedom of Speech Award, The AWC Matrix Foundation’s International Matrix Award for Lifetime Achievement, the Library of American Broadcasting’s Giants of Broadcasting Award and RTDNF’s First Amendment Award. 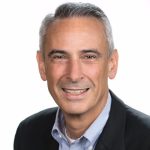 Vincent Randazzo is the Project Director for the Fallen Journalists Memorial Foundation. He has nearly four decades of professional, managerial and executive leadership experience in government, business and public policy. He spent 20 years on Capitol Hill, including serving as Chief of Staff of the House Rules Committee and as a Deputy Chief of Staff of the House Financial Services Committee. He also served as a Director of Public Policy at the Business Roundtable, and as a Senior Vice President and Head of Government Relations at both Wachovia Corporation (which was acquired by Wells Fargo), and then at the PNC Financial Services Group.

Randazzo is a graduate of Eastern Michigan University with a Bachelor of Science degree in political science and George Mason University with a Master of Arts degree in economics. He is also an executive leadership coach, having received an Associate Certified Coach designation by the International Coach Federation (ICF), and completed George Mason University’s professional training program in Leadership Coaching for Organizational Performance.