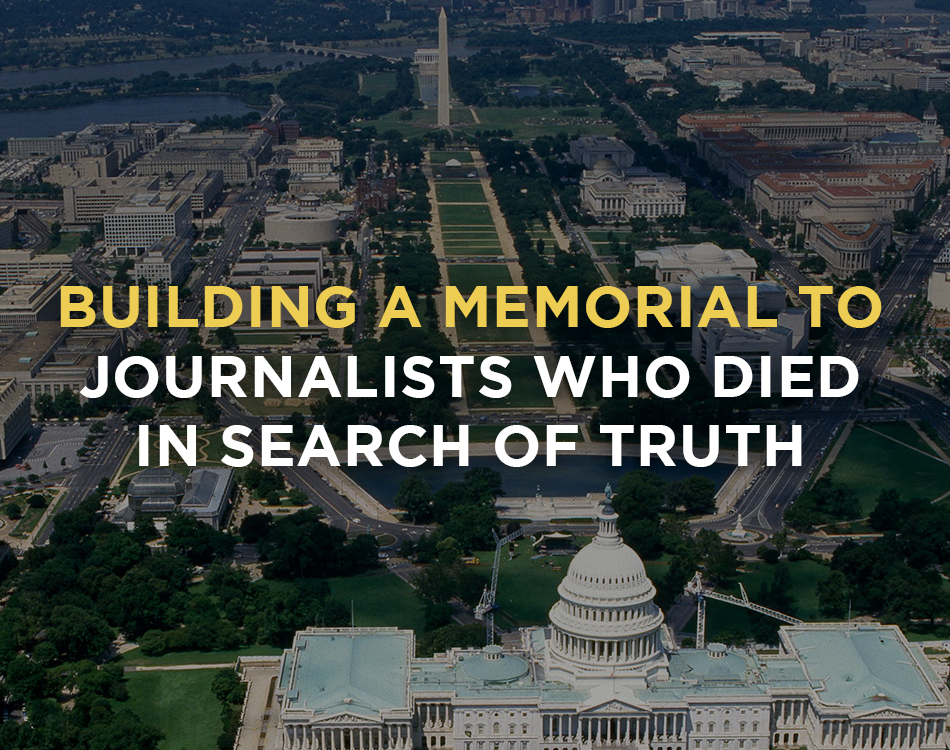 The idea of building a memorial to fallen journalists in Washington, D.C. was conceived by former U.S. Representative and Tribune Publishing Company Chairman David Dreier. The foundation was launched on June 28, 2019. That was the first anniversary of the deadliest assault against journalists in U.S. history when members of the Tribune’s Capital Gazette team were murdered in their newsroom in Annapolis, Maryland.

Learn more about what we envision will be a place for reflection and appreciation for journalists who lost their lives, a focal point for learning about the First Amendment and the role of journalism to a functioning democracy, and a convening space for commemorative moments.

Check out Frequently Asked Questions about the Memorial.