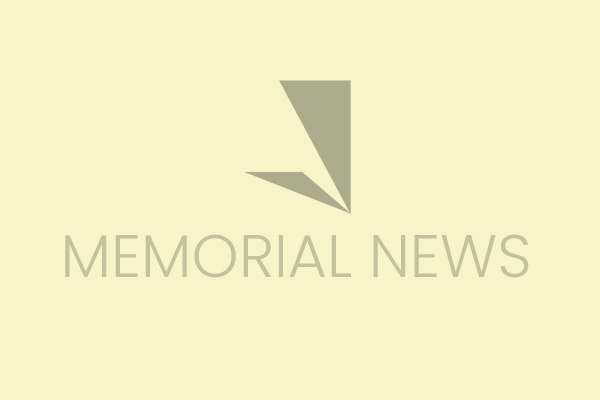 Posted at 20:07h in Memorial News by ironcore
0 Likes

Washington, D.C. (December 3, 2020) – The Fallen Journalists Memorial (FJM) Foundation today thanked the U.S. Senate for passing bipartisan legislation (H.R. 3465) to authorize the Foundation to establish a national memorial that honors reporters, editors, photographers and broadcasters who have lost their lives reporting the news.

The legislation, known as the Fallen Journalists Memorial Act, was passed by the House of Representatives on September 21, 2020 and is awaiting the President’s signature.  Sponsored by Senator Ben Cardin (D-MD), Representative Grace Napolitano (D-CA), Senator Rob Portman (R-OH) and Representative Tom Cole (R-OK), the bipartisan legislation authorizes the Foundation to begin the process of designing and constructing the first memorial on public land that honors journalists who sacrificed their lives in service to America’s commitment to a free press.

“On behalf of all journalists who put their lives on the line each day fulfilling their duty to deliver the news, I want to thank the Congressional sponsors for their support in shepherding the measure through the House and Senate,” stated FJM Foundation President Barbara Cochran.  “Once completed, this memorial will demonstrate to our citizens and visitors from around the world that our country values a free press, honors the sacrifices of journalists, and supports the family, friends and colleagues of the fallen.”

On June 28, 2018, the deadliest attack on journalists in U.S. history took place at the office of the Capital Gazette, the local newspaper in Annapolis, Maryland, when a gunman shot and killed five employees and wounded two others.  The memorial will honor those victims, along with journalists who have lost their lives while reporting in dangerous conditions across the globe.

“Every year, journalists are attacked, imprisoned and murdered around the world,” stated former U.S. Representative David Dreier, Chairman of the FJM Foundation and former chairman of Tribune Publishing.  “No matter the circumstances of their deaths, these journalists and their sacrifices deserve to be remembered by a free society that values a free press.”

Upon the legislation being signed into law, the FJM Foundation will lead a multi-year process to raise funds to design, develop, construct and maintain the memorial in compliance with the Commemorative Works Act of 1986, which established detailed standards and procedures for new memorials on federal land.  No taxpayer funds are authorized for the project, and the legislation precludes the building of the memorial on what is known as the “Reserve,” the area of the Mall in Washington, D.C. where new commemorative works are prohibited.